Iran Press Watch has conveyed a report from an Iranian opposition website that Jinous Sobhani, a Baha’i and former aide to Shirin Ebadi, has been sentenced to two years in prison by an Iranian court. Sobhani was once the secretary of the Human Rights Defenders Centre, which is headed by Ebadi, a prominent lawyer, Nobel Prize-winning human rights advocate, and defender of the seven Baha’i leaders imprisoned in Iran. 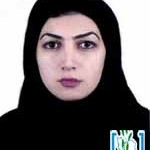 Jinous Sobhani had once worked for Shirin Ebadi, herself often harassed by the state for defending human rights in Iran

The current charges against Sobhani are unclear, though she was earlier arrested in January 2009 and accused of “propaganda against the system and acting against national security.”

Posted in: Bahai in Iran