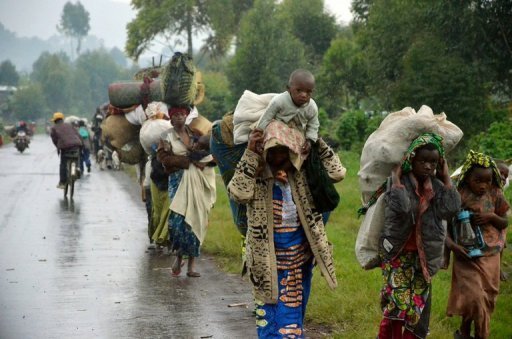 Editor’s note: We recently had the honour of the Sentinel Project’s risk factor list being the subject of a thesis by Clarinda Solberg, who compared it to the statistical model developed by Barbara Harff. Clarinda used the two models to explore the possibility of genocide recurring in Rwanda and has been kind enough to write a post on the topic. Please note that the opinions of guest bloggers are their own and do not necessarily represent the Sentinel Project.
———-
[By Clarinda Rae Solberg]
Current literature names the Barbara Harff model as “having developed the most systematic risk assessments of genocide” (Harff, 2009). However, its application to the case of Rwanda depicts a country just as at risk for genocide today as in 1994, at the height of bloodshed. This begs the question: Is Rwanda today at the verge of another genocide? 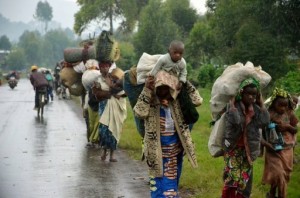 Refugees fleeing violence in the Democratic Republic of the Congo have recently been entering Rwanda, potentially adding destabilizing pressure to the country.

My findings illustrate that the Sentinel Project has a new model which significantly contributes to the field of genocide prevention. Its model is able to add nuance and description to discussions of cost efficient and effective responses in the face of a possible genocide occurrence. Its incorporation of those most directly affected by a possible genocide occurrence further identifies it as an organization that will effectively act in the face of another backlog of indecisive political actors unwilling to act in the face of mass exterminations.
In contrasting these two models, each with its own significant advantages in the field of genocide studies, I identified a country whose decision to eliminate French from the national languages disadvantages the Hutu population who, according to Minorities at Risk, are a “disadvantaged majority,” and did not largely benefit from the same English education of the many Tutsi who had fled to Uganda or who were born there in the years prior to the 1994 genocide. Despite the many improvements Rwanda has made, it is a country whose assistance – meant to help all survivors of genocide – has been documented to be unfairly disadvantageous to Hutu. And while many survivors certainly are dealing with the pain and trauma of 1994 through reconciliation of some sort, research depicts a country that has a number of genocide survivors with conflicting views regarding their feelings toward those génocidaires near whom they now live. The country itself is a complicated mix that is often overlooked by Western countries, simplified to its improvements in health, literacy, and the economy. These cannot be the simple strokes with which other disconcerting developments are covered. The umudugudu policies which move many from their homes and into government-created, often insufficient housing with little documented benefits over the previous housing situation have been applauded rather than questioned by foreign governments. Refugees currently flow into Rwanda by the thousands as they flee from violence in the Kivu Province of the Democratic Republic of the Congo, thus creating an even more tenuous position for Rwandans. The potential instability and increased demand for scarce resources could create even greater uncertainty.
Rwanda’s last genocide was once named “the most horrible and systematic human massacre we have had occasion to witness since the extermination of the Jews by the Nazis.” If we are to answer the call by former United Nations Secretary-General Boutros Boutros-Ghali for a strengthening of early warning systems, Rwanda should be included without question. The large amounts of unfairly-distributed aid flowing into Rwanda and the impact of a prior genocide increase the likelihood of genocide recurrence in the country. The field of genocide studies highlights why, in this case, governments and individuals should be all the more concerned about the prospects for future violence in Rwanda.
For more information and the link to the academic thesis on which this blog post is based, please click here.
Harff, Barbara. 2009. “How to use Risk Assessment and Early Warning in the Prevention and De-Escalation of Genocide and Other Mass Atrocities.” Global Responsibility to Protect, 1(4):506-31.
Photo source: AFP