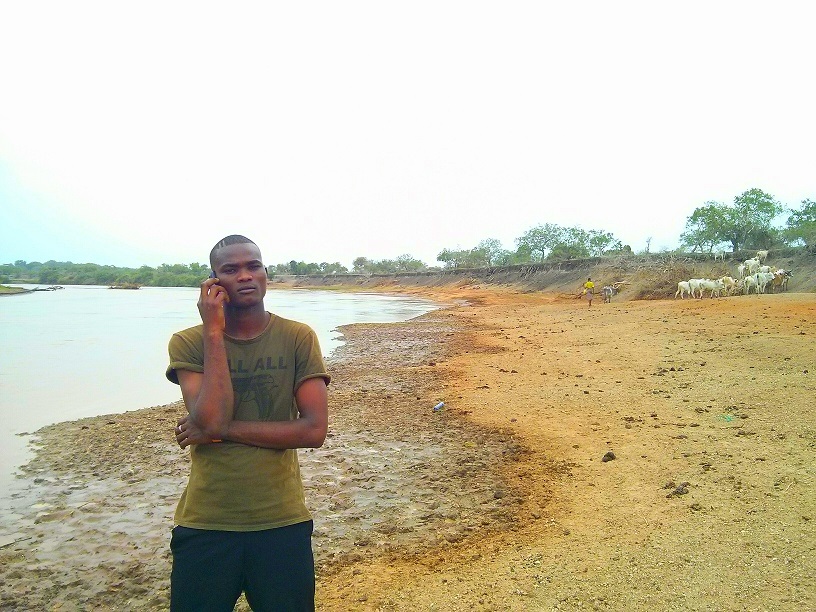 How it works: Una Hakika

We’ve been talking and writing a lot lately about Una Hakika but haven’t really taken the time yet to fully describe what it is. After all, what does it mean in practice to prevent atrocities in a remote part of eastern Kenya by using mobile phones to counter misinformation? This is a unique and fairly complex undertaking that deserves some explanation.
Kenya’s technological landscape
People often question the relevance of technology in a place like the Tana Delta, which is what I’d like to address first. Although most developing countries are often perceived in Europe and North America as being technologically backward, this could not be further from the truth, especially when it comes to mobile phones. In fact, developing countries – particularly those in Sub-Saharan Africa – lead the world in rates of mobile phone usage and innovative business and social ventures that use technology. This is because of the relative ease of building cell towers compared to traditional landline infrastructure, and the low price of mobile phones themselves makes them accessible to even very low-income people. Kenya in particular is seen as something of a technological leader in the region with high rates of mobile phone usage for personal, business, and social purposes. Internet usage is also increasing in the country, even if most people still access it exclusively through their phones or cyber cafes.
Una Hakika is being set up in the Tana Delta, one of the least developed areas in all of Kenya, yet mobile phone and internet usage is still surprisingly high. As part of our baseline survey for setting up Una Hakika, we’ve been asking people questions about how they use technology. Here are a few interesting facts about the Tana Delta residents we’ve talked to:

Clearly, mobile phones and the internet are ideal tools for communicating with large numbers of people who live in small communities spread over a large area with rough roads.
Misinformation and ethnic violence
So, why is communication so essential to atrocity prevention in the Tana Delta? That’s because information has already played such a role in pitting the Orma and Pokomo ethnic groups against each other. During previous field visits over the past year, we realized that misinformation has played a significant role in causing fear, distrust, and hatred between these communities. Misinformation can be subdivided into “organic” rumours, which arise due to misunderstandings (but without malicious intent), and disinformation, which is intentionally created by someone to achieve a specific objective, such as encouraging conflict for political reasons.

Misinformation is significant in the Tana Delta because – despite high levels of mobile phone usage – it is an information-starved environment in which most people still rely on word-of-mouth to get news about the world around them. Interestingly, our survey has found that the majority of Tana Delta residents consider themselves to be well-informed about their own villages and national events in Kenya as a whole, but not about events in neighbouring villages (which may be only a few hundred meters away or on the other side of a river) or their county. This gap is particularly dangerous when the residents of those neighbouring villages are members of another ethnic group that is seen as hostile. This situation is why we see rumours as such a threat in the area, with 71% of our survey respondents indicating that rumours have strongly contributed to violence in the Tana Delta. Examples of such rumours include:

This is just a sample of the many rumours circulating around the Tana Delta. Such accusations are rarely true but the truth doesn’t matter when enough people believe them. Without an alternate source of information about local events, it is no surprise that people come to distrust other ethnic groups and sometimes engage in violence.
How Una Hakika works
Una Hakika will essentially act as an information service to provide subscribers with neutral, accurate information in response to rumours that arise in the Tana Delta. Most of the communication for Una Hakika will take place through SMS (short messaging service, or text messaging, as it is more commonly known in North America) as well as voice calls and the engagement of volunteer community ambassadors. People who hear rumours can report them by sending a toll-free SMS to our short code – 21512 – which essentially acts as a rumour verification hotline. Once Una Hakika receives a report about a rumour, our team goes into action to verify it and report back to the community about whether the rumour is true or not. This process will involve gathering a lot of information from various different sources and trying to make sense of it while mapping subsequent reports of rumours to see how they develop and flow through the area. That’s where WikiRumours comes in as our purpose-built software for managing the Una Hakika workflow.
Of course, figuring out the truth behind rumours is no easy task, especially when it then has to be communicated to the right people to prevent the false information from spreading and doing harm. The diagram below shows how Una Hakika will work behind the scenes, which is clearly going to be a complex process.

The key elements here are:

(1) Rumour reporting – Una Hakika subscribers can sign up and report rumours anonymously using SMS, though they can also do so through phone calls or by contacting one of the community ambassadors we will be training.

(2) Prioritization – No two rumours are created equal and so we have to prioritize which ones we address first, especially in an emotionally charged environment like the Tana Delta. This is a process we will focus on perfecting and managing through WikiRumours, with any reports concerning violence taking precedence.

(3) Feedback – Responsiveness is important for Una Hakika and we need to constantly communicate with subscribers who report rumours. This builds trust by demonstrating that we are taking action in a timely manner.

(4) Verification – Once we determine which rumours to address first, our next task is to uncover the truth. There are various ways to do this and we’ll have to determine the best for each type of rumour. In some cases, the relevant authorities may know, while in other cases, consulting trusted sources or querying subscribers may yield the truth.

(5) Intervention – Finally, we need to not only verify rumours and respond to the individuals who initially reported them, but also to consider strategies for containing and countering false information on a community level before it can spread and do harm. This is where community partners such as chiefs, elders, youth leaders, and women’s representatives will be essential.

This concept and process is likely to evolve as we put Una Hakika into action and learn lessons, so we’ll be posting regular updates on our progress. At the same time, we also welcome feedback on our approach to monitoring and countering rumours, so anyone with comments or questions is encouraged to contact us.