0 Items
The Sentinel Project > Blog > Burma > Lighting the Spark: The Mobilization of Anti-Muslim Violence in Burma 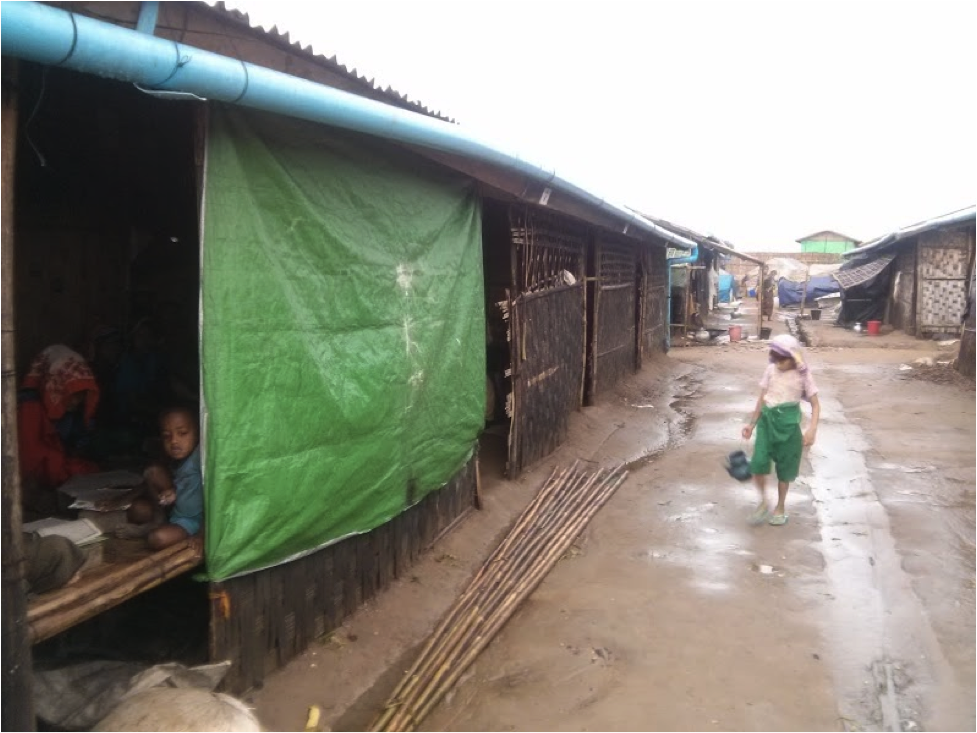 Lighting the Spark: The Mobilization of Anti-Muslim Violence in Burma

Kjell Anderson is a researcher and lecturer at the Netherlands Institute for War, Holocaust, and Genocide Studies. He is also a member of the Council of Advisors of the Sentinel Project.

The Dynamics of Mass Violence
Mass violence, such as genocide and crimes against humanity, involves numerous perpetrators, victims, and bystanders. Consequently, such violence requires a level of purposeful design and coordination. Nonetheless, mass violence consists of a constellation of spontaneous individual acts connected in some manner to organizing ideologies and institutions. One can analyse the morphology of mass violence through several diametric traits:

In other words, violence may be tightly centrally-controlled or it may be decentralized, it may be one-sided or it may be conflictual, and it may be planned or spontaneous.   Of course these differences are really a matter of degree rather than being dichotomous.   Even acts that seem to be purely spontaneous, unplanned, and individual require a degree of systemic design or official acquiescence in order to occur repeatedly, in a widespread or systematic manner.
At first glance the violence occurring in Burma since 2012 may appear to be highly localised intercommunal conflicts rooted in local power dynamics and grievances. We must however question this initial impression in light of the repetitious and geographically-diffuse nature of the violence, as well as the stated policy objectives of the Burmese government.

The Mobilisation of Mass Violence in Burma
The mobilisation of mass violence in Burma often unfolds in a manner familiar to students of “ethnic riots”: 1) an unsettling event occurs (generally some form of outrageous, localised violence) – nobody is killed on the first day as the rioters are assessing the situation and testing the reactions of the authorities and potential victim group; 2) a lull where there is no violence; 3) deliberate violence begins – first with attacks on property – and then escalates to attacks on people (often the attacks are circumstantial and directed at those passing by the sites of property crimes); 4) violence gradually declines.[1]
Once violence is in full force the victims generally do not resist. Vanguard perpetrators (perpetrators who lead) are joined by others “interested in attacking helpless victims.”[2] These late joiners are risk-averse. Rumours help to galvanize opinion and initiate action. These rumours are often of a threatening, violent, or disrespectful act committed by a member of the victim group; these acts often take the form of sexual assault, religious profanity, or of an imminent genocidal attack by the victim group against the perpetrator group. Such rumours come straight from the neuroses of the perpetrators. Further rumours will exaggerate modest levels of violence by the victim group and reinforce the impression that action is essential.
For example, the riots on June 8-10, 2012 in Rakhine state started after a group of men allegedly raped and killed a Rakhine seamstress.[3] Similarly, in Thandwe, Rakhine State, on June 30–July 1, 2013 violence started after two Muslim men allegedly raped a Buddhist woman.[4] Such rumours of rape seem to be remarkably effective in provoking violence because rape is an egregious crime, and it is also seen as an act which dishonours its victims and emasculates men who fail in their duty to protect ‘their’ women.
The riots on March 26-29 2012 in Mandalay started after a Buddhist couple was allegedly beaten by a Muslim shop owner in a dispute over the value of gold jewellery.[5] Similarly, the violence in Lashio, Shan State on May 28–29, 2013 started after a Muslim man allegedly poured gasoline on a Buddhist gasoline vendor and lit her on fire after a commercial dispute.[6] One of the central implications underlying rumours grounded in commercial conflicts is the implication that Muslims are greedy and that they are unwilling to share their wealth.
Finally, the violence in Oakkan, Rangoon Division on April 30–May 1, 2013 started after a Muslim woman allegedly bumped into a novice monk, causing him to drop and damage his alms bowl.[7] The riots in February of 2013 in Thaketa Township were also grounded in religious tensions after a Rakhine mob mistakenly thought a school was being converted into a mosque.[8] Such rumours play into Buddhist/Burmese fears of Muslim domination.
The veracity of these rumours is less important than their deadly effect.   Through the process of stereotyping and prejudice the individual members of the victim group (Rohingya) come to be associated with abstract images of danger and evil, and every individual Rohingya’s actions are then interpreted through this negative lens.   The accidental damage to a Buddhist monk’s alms bowl becomes intentional, and indicative of a much bigger tendency. Perceived disrespect is a particularly important generator of anger.   The act precipitating violence is often highly symbolic and the response of the perpetrator is also symbolically important as a means to punish the transgressors or restore balance (which often actually means putting the victim group back in their place in order to re-establish hierarchy).
The violence in Burma has been almost entirely asymmetrical. While there have been Rakhine and other Buddhists killed, the “vast majority” of victims are Muslim.[9] It is clear that the rioters are, in some cases, acting with the acquiescence of Burmese authorities. Moreover, in some cases police have directly participated in the violence by shooting into crowds or demolishing mosques and Muslim-owned homes.[10]   However, violence is facilitated where police fail to intervene, even absent a direct government role in violations. 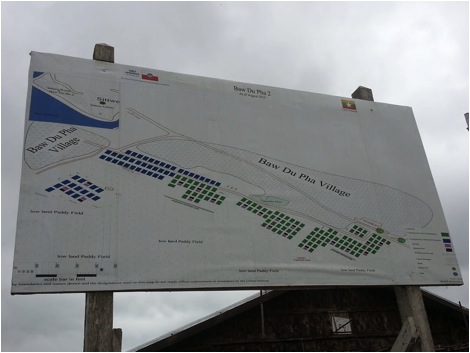 Conclusion: The Nature of Mass Violence in Burma
Returning to our initial diametric factors of cohesion/fragmentation, symmetry/asymmetry, and premeditation/spontaneity, it becomes clear that the bursts of violence in Burma are more akin to Pogroms than riots.   These riots are often presented as being completely spontaneous manifestations of Buddhist-Muslim antagonism. Any careful examination of the communal violence phenomenon shows this is inaccurate. The Burma riots of 2012-2013 (and many other communal riots, such as those occurring in Gujarat in 2002) more closely resemble “pogroms.” Pogrom is a Russian word meaning to “wreak havoc” or to “destroy violently,” and the term originates in attacks by non-Jews on Jews in the Russian empire, but the term really came into the language with anti-Jewish riots in Ukraine and Southern Russia in 1881-1884. Another example of a Pogrom was Kristallnacht on November 9-10, 1938 where Jews throughout Germany were targeted by acts of vandalism and violence.[11] Pogroms are bursts of violence targeted at a particular identifiable group (ethnic, religious, etc.).   They differ from riots in the sense that they are asymmetrical and recurring, and have some level of official support.
Pogroms differ from other forms of persecutory mass violence because of their brevity and the rapid return to ‘normalcy.” This does not mean that such riots/pogroms are spontaneous – this only serves to deflect blame away from the responsible authorities towards a nameless mass.[12] In spite of their concision, pogroms maintain the central feature of persecutory mass violence: the centrality of group identity as a basis for the targeting of violent attacks.
Although violence in Burma is relatively locally situated, the pattern of violations indicates some form of official acquiescence (or at least ambivalence).   Moreover, the victims of violence are overwhelmingly Muslims.   While I know of no evidence that violence is premeditated in the sense of a grand strategy, there appears to be an element of predictability to the outbreak of violence, in each case following rumours feeding Burmese perceptions of Muslim threat and disrespect.   Yehonatan Alsheh and Rory Pilossof have coined the term “genocidal anxiety” to describe the acute fear of genocide that infuses many populations who are themselves committing genocidal violence.[13] Such fears create the overwhelming impulse to strike pre-emptively as an act of self-defence.

The final installment of this series will examine the legal classification of mass violence in Burma.