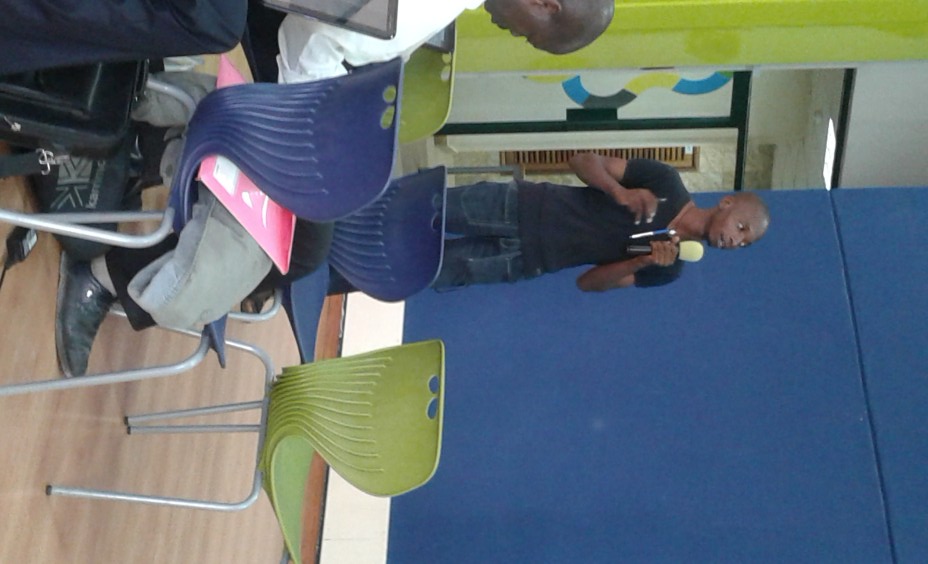 Kode Komora speaking on his role as a Community Ambassador

What are the lasting effects of violence in the Tana Delta?
I think that ethnic hatred has led to unfair job distribution, based on which tribe is in power.  Unstable political development agendas are another effect, as now people have come to know the power of leadership. People now see what MPs, Governor, MCA can influence or do.
Trauma after the violence has left a big dent in people’s hearts, as they are uncertain of what may happen come next election. In general we see fierce competition for resources by the different ethnic groups.

In what way can the youth of Tana Delta play a special role in violence prevention?
The youth can create social media sites for social interaction. Right now local youth are creating peace clubs in schools (secondary & primary) as this is where they interact the most with other students of different backgrounds.  We can involve ourselves in peace gatherings (Chief barazas), and advocating youth slots in District Committees such as the District Peace Committee and District Development Committee, so as to air out matters concerning us as youth.

What’s the hardest part about your job?
When a situation happens and you really want to get to that point to inquire more, but the distance is tremendous making it difficult knowing the truth of the matter. No means of transportation is difficult. Also, playing it safe and not taking sides when the situation has affected your community (ethnic tribe), can cause one to not fully give the right details of the story.  Lack of resources is another difficulty we face: as an ambassador as you are not only depended on by the community in speaking on rumours that are not true. They depend on you to also know of current affairs that are going on around the country; you become a walking resource centre.

What do you enjoy most about working as a community ambassador?
I enjoy having the opportunity to interact with other peers from different areas. It makes me feel part of the responsibility that you carry for the love of your community.  I believe it’s a noble cause that truly defines a movement towards achieving a result.

In what ways has Una Hakika proven to be a success in your community?
The high number of enrolment of subscribers to Una Hakika’s free service number, 21512.  People these days do not jump to panicking, as they trust the ambassadors to have knowledge to outbreaks of rumours. Not just rumours, Una Hakika has also kept people up to date on issues relating to the country in general.