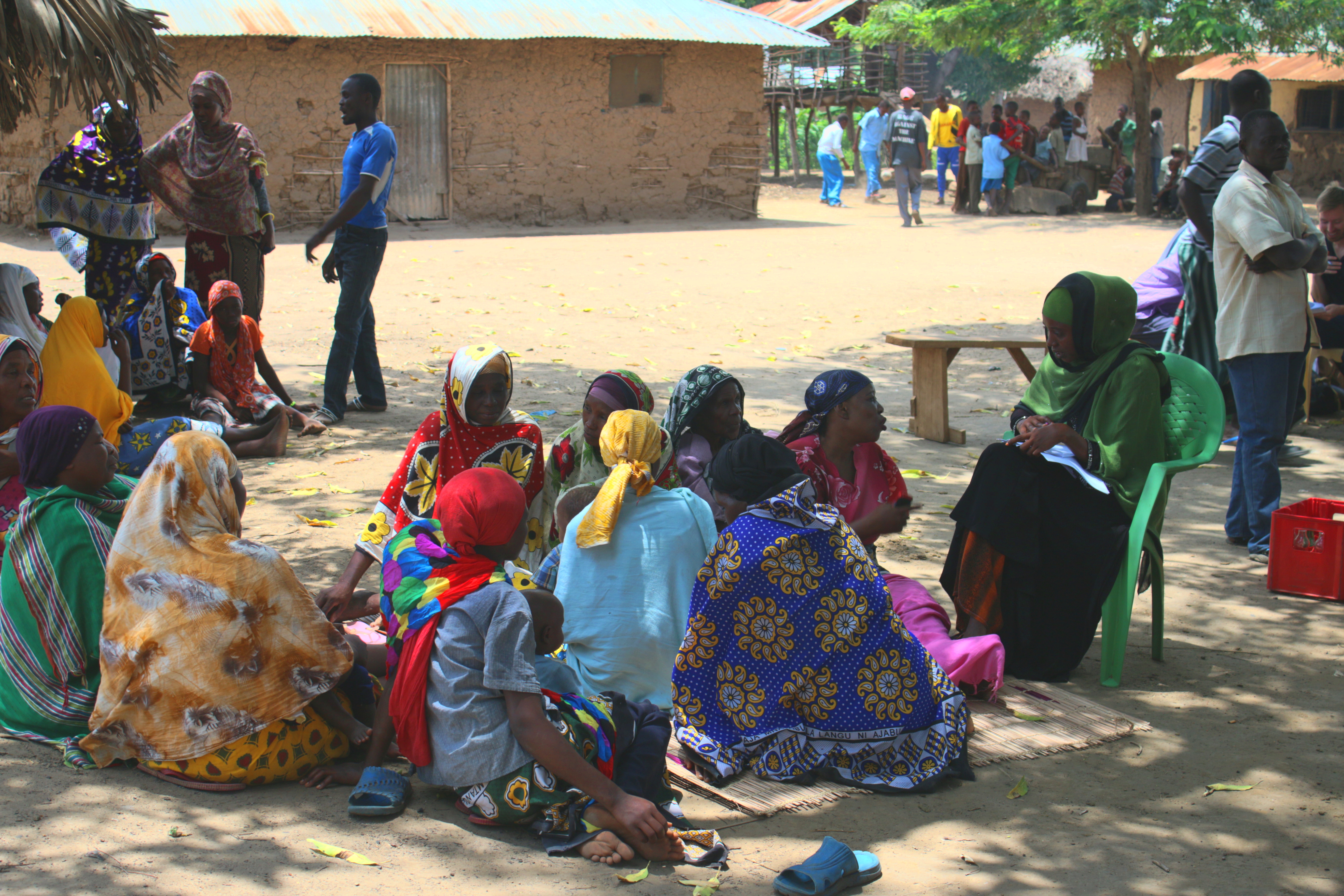 After two years of operating the Una Hakika information service, we are ready share our research findings is the “Una Hakika: Mapping and Countering the Flow of Misinformation in Kenya’s Tana Delta” released today. When our team first visited this part of Kenya that was deeply impacted by interethnic massacres in late 2012 and early 2013, we saw how rumours contributed to the atmosphere of fear, distrust, and hatred that enabled the conflict. This often false information circulating through the area ranged from seemingly mundane reports of Orma herders trespassing on Pokomo farms and damaging crops to extreme stories of outside actors supplying thousands of weapons to drive further violence. Ultimately, what mattered was not always the truth of the rumours but how much that people believed them. As we started developing possible solutions to the problem of misinformation in Tana’s conflict, it became clear that we had a lot to learn, which is why Una Hakika became not only an impact-focused project but also a research project with the support of the International Development Research Centre and the collaboration of iHub Research. Along the way, our work in the Tana Delta grew into the beginning of something more – the first phase of a much larger, longer-term effort which we aim to scale up into other parts of Kenya and beyond.

Overall, Una Hakika Phase 1 has been a great success that really highlights the potential of information and communications technologies (ICTs), especially mobile phones, to bridge information gaps in less-developed areas; monitor and counter the spread of incendiary rumours with the help of tools such as our purpose-built WikiRumours software; and contribute to stability, security, and peacebuilding in conflict areas. We encourage readers to read and distribute the full report but the following is a summary of key results for quick review. 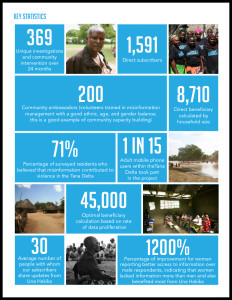 The following numbers illustrate the story and success of Una Hakika Phase 1, especially how we built its reach in the Tana Delta, filling an important information gap left by the lack of local media, and became one of the most trusted information sources in the area.

One of the most useful and interesting results of Una Hakika Phase 1 is an improved understanding of how rumours spread, especially the ways that various factors influence this. Geographical, demographic, cultural, informational, and technological characteristics of an area all shape where rumours spread, how quickly they get there, and how people react to them. Ultimately, one of our goals is to know enough to conduct predictive analysis of rumours such that their spread can be anticipated and misinformation proactively contained by misinformation managers. The following are just a few of the things we learned about these factors.

In addition to the more academic findings of Una Hakika Phase 1, our team learned several important operational lessons through experience. The following are a few of the highlights.

One of the key components of Una Hakika is countermessaging, the dissemination of updates to subscribers in order to stop the spread of rumours and correct misinformation. This work requires a nuanced approach, especially when the subject of a rumour is particularly sensitive. For example, Una Hakika is committed to transparency and reporting the truth back to subscribers but there are cases where an inflammatory rumour (e.g. of a violent incident) is verified and found to be true, which is a situation that may actually contribute to conflict. Such situations must be treated with sensitivity and so the Una Hakika team has developed several tactics for dealing with them.

With the above tactics and examples in mind, Una Hakika countermessaging has been designed to always have the following characteristics.

One of the main findings during Una Hakika Phase 1 has actually come from beyond the Tana Delta. This is the observation that misinformation poses a major problem in both developing and developed countries worldwide not only in driving conflict situations but also by hindering public health, governance, and other development efforts. For example, during the response to the recent Ebola outbreak in several West African countries, false rumours about the harmful intentions of public health workers and medical staff actually led to violence in some cases, thus hindering the public health effort and compounding it with a security dimension. With examples like this in mind, the Una Hakika team recommends that misinformation management mechanisms should also be integrated into any major international development, governance, public health, or peacebuilding effort. The work done during Una Hakika Phase 1 is an important first step towards identifying the knowledge, tools, and techniques required to do such work effectively. Other researchers and organizations should similarly devote resources to conducting further research and testing in a variety of contexts in order to collectively build up a community of practice around misinformation management.

Going forward, the Una Hakika team has ambitious plans to build upon the success of Phase 1 in the Tana Delta, especially in terms of geographical expansion. Kenya’s next general election will be in late 2017, which promises to be a time of heightened political and ethnic tensions, especially since the prevalence of misinformation will likely increase, a situation only worsened by the tendency of many Kenyan politicians to deliberately use false information in advancing their goals. With this situation in mind, the Una Hakika team is working to gather the resources needed for a scaled-up Phase 2 which will not only continue operating in the Tana Delta for at least another two years but also expand to cover Kenya’s entire Coast region as well as other key areas around the rest of the country. Outside of Kenya, preparatory work is already underway to set up a similar system in Mandalay, a major city in Burma (Myanmar), where misinformation has contributed to intercommunal violence, especially against the Muslim minority; this will serve as the foundation for further operations in other parts of Burma. In addition to their likely positive impact in terms of preventing violence, the concurrent operations in Kenya and Burma will enable further research looking at how the Una Hakika model works in sharply contrasting contexts, thus leading to the further testing and refinement of misinformation management knowledge and tools as well as a framework to guide this type of work. While concentrating on Kenya and Burma, the Una Hakika team will remain open to opportunities for expansion wherever else such a service may be required. Towards this end, the team is working on developing a toolkit which will enable others to deploy independent implementations of the Una Hakika model with the benefit of Sentinel Project guidance.