0 Items
The Sentinel Project > Blog > Iran > My evening at Education Under Fire: From awareness to action for Iranian Bahá’ís

My evening at Education Under Fire: From awareness to action for Iranian Bahá’ís 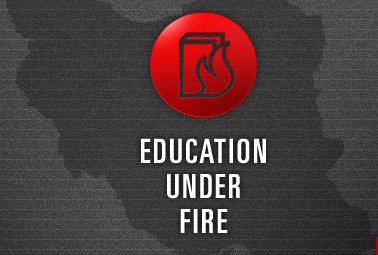 Last week, I had the honour of speaking on a panel at the Toronto screening of Education Under Fire, a film about the exclusion of Bahá’ís from Iranian universities and colleges and the crackdown on the Bahá’í Institute for Higher Education (BIHE). The evening was a perfect opportunity to offer support for this important documentary campaign sponsored by Amnesty International but also to share the Sentinel Project’s own perspective on anti-Bahá’í persecution and what it means. As you will know if you follow our updates, Bahá’ís in Iran face much more than just exclusion from education since they are also frequently the targets of arbitrary arrest and imprisonment, exclusion from the economy, and dehumanizing attacks in the media. Overall, this adds up to a campaign which closely matches the genocidal process that we’ve seen time and again. The denial of education is only one (albeit very important) aspect of gradually weakening and destroying a community.
With me on stage were Shahram Negari, a former student of the BIHE, Shahrzad Mojab, a professor of education, and Gerald Filson from the Bahá’í Community of Canada. Together, we fielded several insightful questions and comments from the audience but overall a common theme throughout the discussion was the question of how to help Bahá’ís in Iran. Personally, I argue that there should be three aspects to any campaign aiming to prevent genocide in Iran:

Films like Education Under Fire are extremely important for showing people what is happening in potentially genocidal situations like that in Iran. I sincerely hope that we can participate in more of them in the future. What I really want though is to ensure that we don’t stop after watching a film or having a discussion. Awareness is just the first step when it comes to genocide prevention. Everything that comes after that needs to be concrete, goal-oriented action.