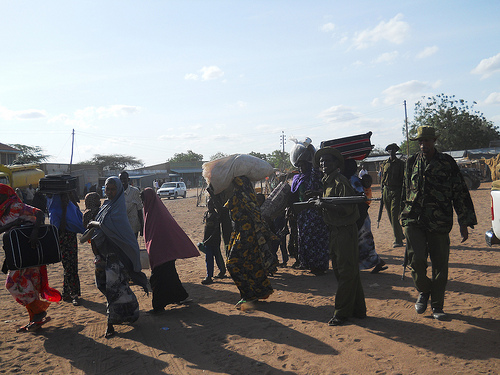 Over 200 Kenyans have been killed in ethnic clashes since January, according to the head of Kenya’s Red Cross, warning the unrest follows patterns of violence seen ahead of previous elections.

Kenya is gearing up for a general election in March, the first since late 2007, when the country spiralled into violence that killed some 1,200 people and displaced 600,000 others for two months.

Last Wednesday in the Tana River district of Coast Province, members of the Pokomo clan raided a village occupied by the Orma community, killing 53 people, mostly women and children. The dispute is thought to be a revenge attack after three Pokomo were killed by the Orma just 10 days prior.
At least 10 people were killed in clashes between the Garre and Degodia communities in Mandera near the Ethiopia border this week as well.
Smaller incidents of violence have also been going on in other parts of the country.
The Sentinel Project has identified Kenya as a situation of concern (SOC) and will be closely monitoring the latest developments.