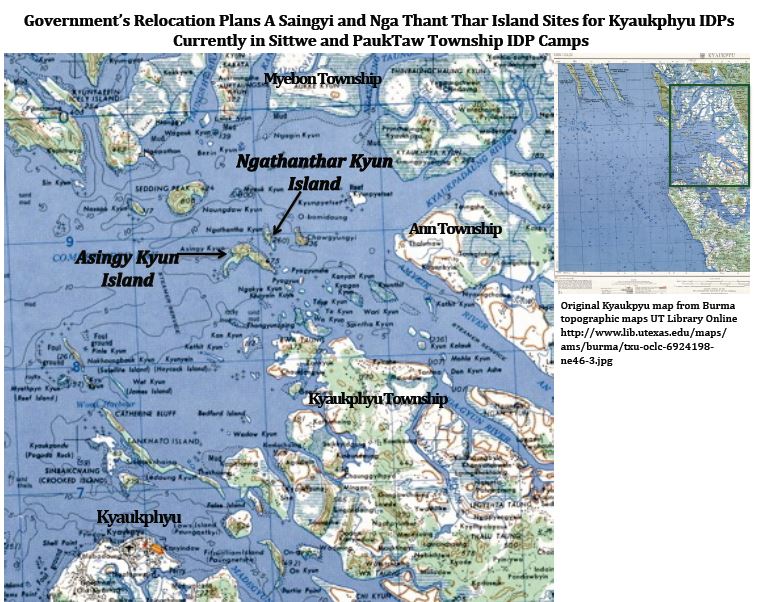 A confidential Sentinel Project source inside Burma has summarized the latest in government and civilian attacks against Rohingya Muslims in Rakhine state. As the source states, one of the most disconcerting revelations of the past 30 days is a government plan to expel Rohingya Muslims from the mainland, relocating them to small islands off the coast of Rakhine State.

“Since November 2nd 2013, the frequency of National security forces, Rakhine civilian, and government-caused and augmented conflicts has been escalating. Some examples of the upsurge of anti-Rohingya violence include military and Hlun Htaine (Security Forces) shootings, accusations of Doctors Without Borders (MSF) bias leading to Buddhist mobs protesting outside Sittwe Hospital and MSF offices, MSF office and medical operations shut down, Muslim patients and their caretakers ousted from Sittwe Hospital and dropped off in remote Sittwe Internally Displaced Persons’ (IDP) camp, State government calls for eviction of non-local NGO’s and INGO’s and Sin Te Maw, Pauk Taw Rohingya IDPs forcefully transferred to fenced and heavily guarded Nge Chaung IDP camps which are closer to sea level and flood prone.
Another big concern of mine has been the Myanmar Government’s Rakhine State IDP Relocation Plan sites. All of the sites proposed are remote and leave the Rohingya IDPs very vulnerable to overcrowding, indefinite dependence on outside relief assistance, flooding and attack by security forces and Rakhine.  I have yet to be able to find a copy of the finalized Myanmar Government’s Relocation Plans. I have gathered my information about government intentions and proposals from the many documents from humanitarian assistance coordination meetings at https://www.sheltercluster.org/Asia/Myanmar/RakhineAndKachin/.
The most concerning proposed sites are two small islands off of north Kyauk Phyu. Possibly 10,000 Muslim IDPs originally from Kyauk Phyu but now in Sittwe and Sin Te Maw, Pauk Taw IDP camps will be relocated back to Kyauk Phyu Township but NOT in their places of origin.  These 2 islands, A Saing Gyi and Nga Thant Thar Islands see map attachment, were proposed by the government but I have not been able to gain access to the final government plans. They were presented to Rakhine State humanitarian stakeholders in early September 2013.
As expected, the onset of the yearly calm-sea exodus from Rakhine State has started with at least 2 boats sinking/splitting killing the majority of Rohingya asylees.”