Yesterday members of the Sentinel Project were invited to the Tana Delta Peace Forum held in the Maridhiano Hall in Minjila village, outside of Garsen. The Peace Forum is held once a month and is attended by NGO and government representatives from around the area, with Deputy County Commissioner Mike Kimoko serving as the chairman. After commencing with a brief interfaith prayer, Mr. Kimoko gave an overview of the background and purpose of the meeting. “Tana Delta is a sub-county with a lot of challenges that negate our physical and human resources as well as our organizational achievements,” Mr. Kimoko explained. “We must have a central coordinating entity to grant us synergy to face these problems.” 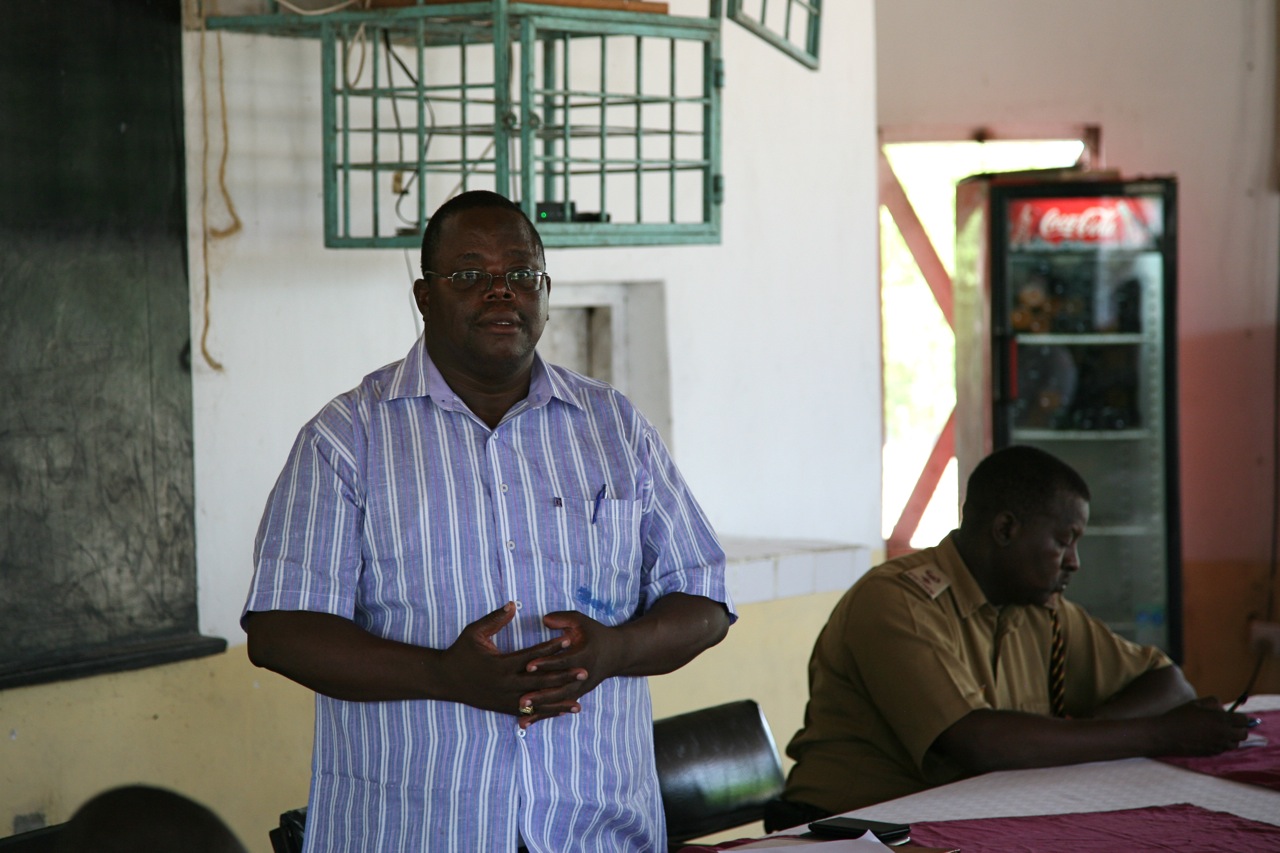 Elaborating on the emphasis of the forum, Mr. Kimoko explained: “Peace is pertinent to development in our community. We created this forum so that anyone engaged in peacebuilding could meet as partners. We can share hotspots, and share approaches to challenges.”
Of these challenges the most obvious, and the reason for the Sentinel Project’s presence in Kenya, is the matter of inter-communal violence occurring between the Orma and Pokomo ethnic groups. The occurrence of massacres between the two groups has resulted in a lasting widespread tension throughout the Tana Delta, and it is this ethnic conflict that the Tana Delta Peace Forum aims to address. “Inter-communal conflict has cost us many lives, and many injuries were incurred. It has created enmity and disharmony; rumour mongering leads to distrust amongst neighbours,” Kimoko remarked.
After statements from the chairman, the floor was opened for participants to discuss arising matters. Sister Theresa of the Maryknoll Sisters, a Catholic convent working in the area, addressed the group in describing their work in the community. The sisters convene small group conversations biweekly that serve as a chance for community members to speak openly with one another about the problems they face, including the fear of violence. “We include everyone, including Orma, Pokomo, and other ethnic groups, since conflict affects everyone in the community,” Sister Theresa commented.
The group also heard from Tegla Loroupe Peace Foundation representative Boche Sale, who announced that his organization will be coordinating a Peace Race in which any community member can compete. After his announcement he went on to recount a personal anecdote. He described an experience in which a group of Pokomo children were making their way home in darkness at night, and that he took it upon himself to walk each of the children to their homes to ensure their safety. Chairman Kimoko translated the story from Swahili to English, concluding “and even though he is Orma, the children called him daddy!” 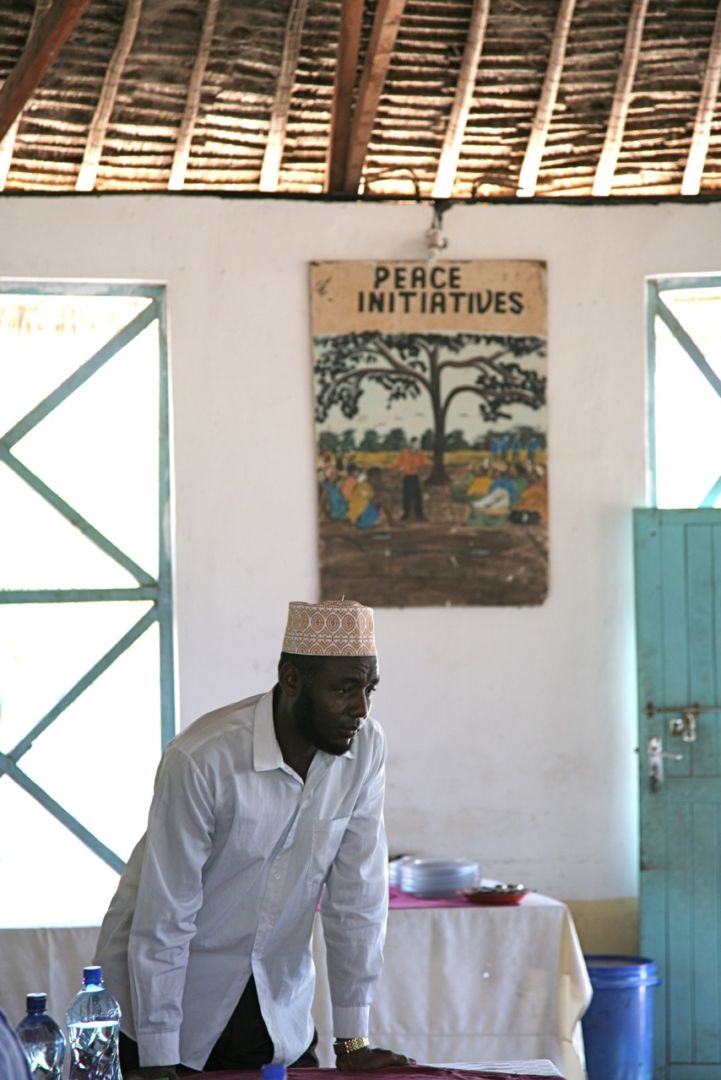 Mr. Kimoko then asked the Sentinel Project to deliver a summary of our work after offering a warm welcome: “Feel loved, feel welcomed, and share your aspirations in Tana Delta.” Chris Tuckwood took the floor to describe the Una Hakika project to an intrigued audience. He asserted that the focus of our work is to monitor and counter rumours in the Tana Delta and that the goal is to provide people with a reliable source of information while changing people’s attitudes towards spreading rumours. “Both communities have strong views of one another and are often incorrect.  We’re aiming to use technology as a communication tool, but also as a preventive tool,” Chris stated.
He went on to explain that we are gathering and sharing accurate information under the principle that if technology, like mobile phone use, can be used to spread potentially harmful rumours, then they can also be applied to stopping the spread of such rumours. 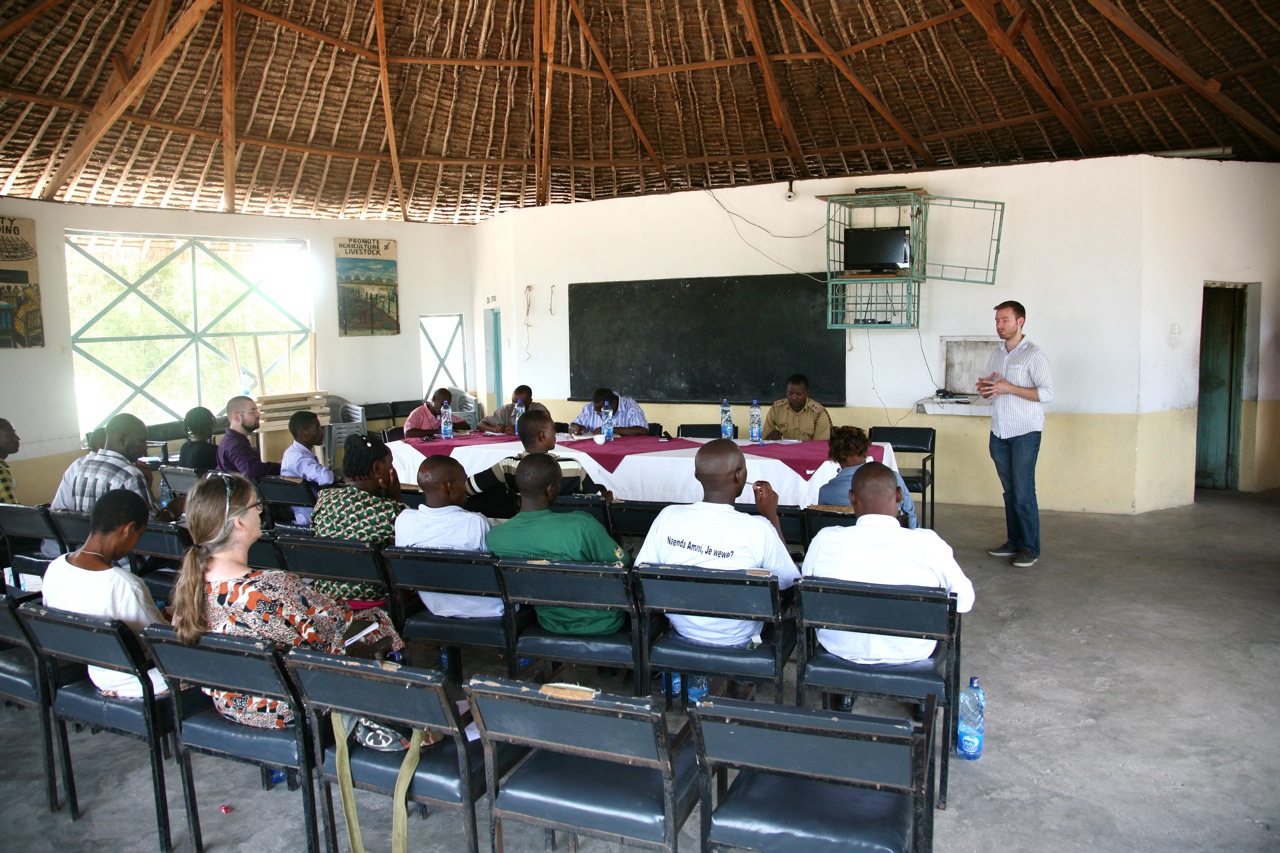 After concluding his executive summary, Chris was asked how Una Hakika will penetrate communities that don’t have established communications networks, to which Chris replied that we’ll begin with mobile phone users and that once this initial step has been taken we will expand our network through volunteer ambassadors, who will monitor rumours in areas that are hard to reach.
The audience reacted positively to our message and offered their approval and support for Una Hakika.  The Peace Forum not only provided us with great insight into the peacebuilding efforts being made in the Tana Delta, but also introduced us to essential partners for the work that lies ahead.