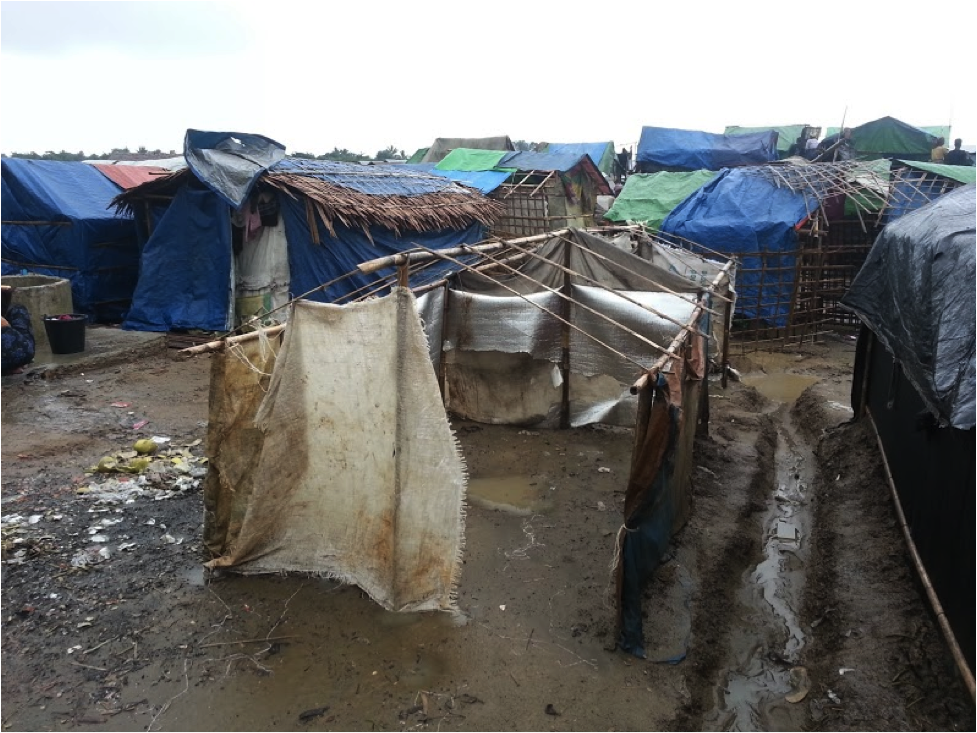 Burma and the Margins of Genocide

Introduction
Genocide is widely seen as the world’s most serious crime. Consequently, it possesses a normative weight surpassing any other crime and victims often seek to define their collective suffering as being genocidal. The case of Burma provides an interesting case study of the boundaries of the legislated notion of genocide.
Thus far in this blog series I have discussed the roots of the anti-Muslim movement in Burma as well as the pattern and nature of hate speech and violence targeting Muslims. From this analysis the following things have become clear: first, violence in Burma is rooted in a kind of xenophobic nationalism which makes use of religious identity; second, violence in Burma is almost entirely asymmetrical, targeting Muslims with the acquiescence of authorities; third, violence is geographically and temporally limited; and, fourth, Violence is often preceded by some form of rumour that reinforces Burmese Buddhist perceptions of Muslim danger and disrespect.
Building on our previous discussion we will consider here whether the violence in Burma could potentially rise to the level of an international crime, in particular genocide.

The Nature of Genocide
The controversy which occurs around the interpretation of genocide is partly a normal by-product of treaty-made criminal law. The degree of imprecision which occurs in the text of the 1948 Genocide Convention (for example on the issue of the phrase “intent to destroy…as such”) is the product of diplomatic compromise. In a sense, imprecision is often necessary in order to reach agreement around a central principle. However, the application of criminal law requires definitional precision in order to ensure that trial proceedings are fair and respectful of the rights of the Accused.
In the case of genocide there is additional contention over the identity of the victims; specifically, whether mass killings directed at political, class, or other groups not protected by the convention, should be considered as being genocide. The issue that is most material for the case of Burma, however, is the scope of killing required for the crime of genocide.
Genocide is aimed at the total physical destruction of ethnic, religious, national, and racial groups, yet the inclusion of the phrase “killing in part” in the genocide convention raises the spectre of limited destruction. The intent of genocide articulated in the Genocide Convention is that acts of genocide must be “committed with intent to destroy, in whole or in part, a national, ethnical, racial or religious group, as such.”
While this kind of intent entails a totality of purpose it is also clear that genocide need not be complete in order to be criminal. But it remains unclear what ‘killing in part’ means. Did the drafters of the convention only mean to encompass genocides that did not succeed in their ultimate goal? After all, even a genocide on the scale of the Holocaust failed to succeed in its goal to completely eliminate the Jewish people. This is a very conservative legal interpretation of genocide and one that I believe is neither accurate nor adequate in order to confront the reality of genocide as a socio-historical phenomenon.
Rather, killing in part may potentially include genocide that is limited by scale (i.e. a relatively low number of deaths), geographical scope (i.e. only targeting a protected group within a particular country, region, or locality), or stratum (i.e. only a particular sub-group within the victim groups is targeted). It must be noted that almost every genocide is limited geographically – most perpetrating forces simply do not have the capability (or the motive) to completely eliminate a group from the entire planet.  Moreover, in practice it can be quite difficult to distinguish between killing targeting ethnic leaders and killing targeting political opponents.

The Case of Burma
Burma presents an interesting case study of scale and geographically limited killing. From my earlier analysis it seems clear that it is not the intention of perpetrators to kill all Rohingya or Burmese Muslims, but rather to intimidate these populations into: a) leaving Burma and/or b) assuming a position of subordination and containment. This first argument, that violence (pogroms in this case) is directed at the ethnic cleansing of Burma seems clear not only from the perpetrators’ own propaganda that ‘Bengalis’ must ‘go home’ but also the Government of Burma’s failure to accord Rohingya full citizenship rights. Indeed, recent policy measures seem designed to force some Rohingya to leave while according others a reduced set of citizenship rights.
Although “ethnic cleansing” is not a legal term, the behaviour encapsulated by the term, namely forced population displacement in order to render an area ethnically ‘pure’, is covered by several international crimes including the crime against humanity of “Deportation or forcible transfer of population” (Article 7(1)(d) of the Rome Statute of the International Criminal Court) and the crime against humanity of persecution (Article 7 (1)(h) of the Rome Statute).   This is not even to mention the underlying acts of violence, such as murders, which themselves could constitute crimes against humanity as they were committed as part of a widespread or systematic attack on a civilian population. Though it would be difficult to prove that these acts are committed pursuit to a state policy (as also required for crimes against humanity under the Rome Statue), one might argue that they are pursuant to an organizational policy (if a perpetrating organization can be identified).
There are also commentators who argue that the riots were organised and perpetrated by the authorities themselves. This is a difficult case to make. However, what is almost certainly true, is that authorities were complicit in the violence that was taking place.   The police failed to take firm action to quell the riots and, in some cases, they were participants in the violence.
If the violence in Burma is focused on the subordination and suppression of the Rohingya this can still encapsulate many of the crimes mentioned above, but perhaps the framework of international human rights law is more relevant. The Rohingya are entitled to specific rights as a minority, but are also entitled to the more general set of universal human rights, including the right to life and freedom of religion.
Let us turn now to the question of genocide. There is no specific numerical threshold in the legal definition of genocide.   Yet genocide is a mass crime. Although genocide can be committed against single individuals, it is ultimately about the destruction of groups. If killing in part is prohibited, the question is how big a part needs to be killed to constitute genocide?   The answer to this question is more qualitative than quantitative: in order to be genocide the killing must occur with the intention of destroying the group. Of course genocidal intent is usually determined, in absence of direct statements from the perpetrator, by genocidal acts taking place within the context of a genocidal policy or campaign. In absence of such scale and policy proving genocide would be very difficult.
Moving now to a second, legal question: does localised killing, as in Burma, constitute genocide? I would argue that it can. The essential elements of the crime remain the same whether it is committed on a global or a local scale: the desired complete destruction of an ethnic, racial, religious, or national group within a designated area. It belabours the requisite systematic and widespread nature of genocide to argue that genocide can occur within a particular city block or household, but the attempted killing of Burmese Muslims within a particular village is certainly keeping with pernicious nature of the crime and the spirit of the legal prohibition. Once again numbers are less important than the presence of the intent to destroy a group within a defined area.
Even if we accept that the riots were planned and directed deliberately at Muslims, it still becomes extremely difficult to make the case that the intent of the rioters and planners was to completely eliminate the Muslim population of Burma. Rather we must turn, once again, to the concept of a pogrom – violence that is not only ethnically/religiously targeted but also limited in scope. Although such violence may escalate to the level of massacre it is still not generally aimed at the complete physical elimination of the group but rather its political and economic subjugation.   Pogroms may also function as an element of ethnic cleansing and be designed to scare identity groups into fleeing an area in order to render an area more ethnically homogeneous. It is this limited intent, rather than limited geographical scope, that legally distinguishes genocide from riots or pogroms. However, this is not to suggest that such violence is not a grave violation of human rights or that such violence could not amount to other international crimes such as the crime against humanity of persecution.  Moreover, genocide is sometimes preceded by ‘genocidal massacres’, which may act as a rehearsal for further violence – testing methods, reframing the moral context, and testing the limits of opposition both within and outside of the country.

Conclusion: Drawing Lines and Counting Bodies
Putting aside the technical legal need for precision, it becomes clear that, on the policy level, any effective response to atrocities must give equal weight to genocide and crimes against humanity. Both categories of crime are of serious gravity and massive scale. It is wrong to devalue or privilege certain classes of victims. The Government of Burma bears a solemn responsibility to protect all residents of Burma from acts of violence and persecution. No real resolution of the current state of violence is possible without the government first valuing the Rohingya, and other Muslims, as full and equal citizens of Burma.