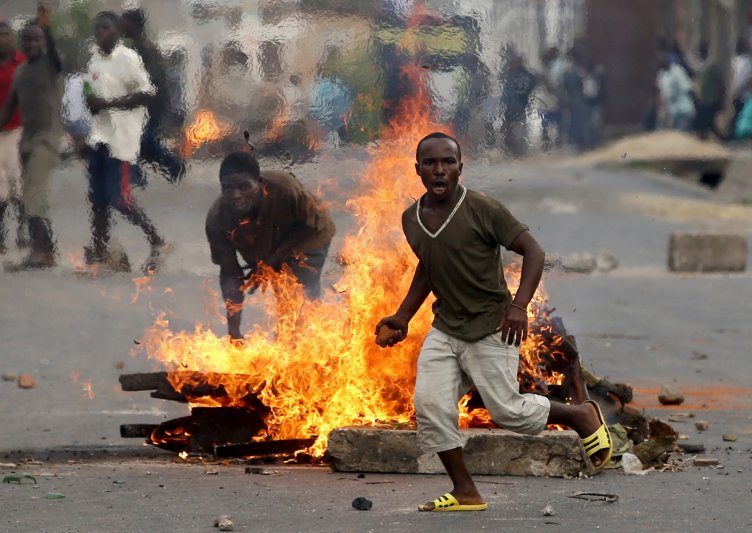 There is a crisis in Burundi and not enough is being done to stop it. The ongoing violence in has finally started to attract a lot of international attention in recent days with some observers comparing it to neighbouring Rwanda before the genocide [1], while United Nations officials have stated that the organization – and by extension the international community – is not in a position to stop mass killings if they do begin [2]. The crisis began earlier this year as a result of the country’s president, Pierre Nkurunziza, opting to stand for election to a third term in office, which many in the opposition and civil society deemed to be unconstitutional. Sporadic violence since then has claimed the lives of an estimated 250 people, many of whom appear to have been the victims of extrajudicial killings, and driven another 200,000 to flee their homes [3]. There is fear that without a resolution soon, the crisis will continue to take on ethnic dimensions and may spiral into mass atrocities, as a government official has stated that the security forces have not yet gone to “work,” which is believed to be an euphemism for larger-scale killings of people that the government deems to be undesirable. The “work” reference is, in fact, not even the most alarming statement by the president of Burundi’s senate, who has used words such as “pulverize” and “exterminate” to describe the treatment that government opponents deserve [4]. There is talk of intervention by a peacekeeping force but it remains to be seen whether this will happen in time, if at all [5].

What I want to consider here is how the world is responding to Burundi and how we might try something different. Of course, the term “we” is common when talking about serious humanitarian situations – an undefined “we” must push for “them” to “do something.” Generally, this means that members of the public must advocate for their governments and international organizations like the UN to intervene. Unfortunately, history has repeatedly shown that such proposed interventions (and I don’t mean just the military ones) are often ill-defined and come too late, if at all. The international community has frequently devoted many resources to post-crisis recovery while often neglecting prevention efforts or immediate response. This pattern is gradually changing but will not happen soon enough to benefit the people of Burundi or other current crises. Instead, I want to talk about what we as NGOs can do to fill this gap and have a better chance of saving lives.
The majority of organizations in the atrocity prevention field concentrate on raising awareness and coordinating public advocacy focused on motivating action by governments or the UN. This is absolutely valuable work and has a place but such efforts are more oriented towards what will realistically be long-term change. Even worse, the letter-writing style of campaigns understandably but all too often become the default setting for organizations that haven’t got the resources to do anything else or who want to give members of the general public a clear way to contribute. What I propose is something a bit more daring. When I helped to found the Sentinel Project over seven years ago, this was precisely what we had in mind. We recognized that while advocacy helps to reduce the likelihood and impact of mass atrocities years into the future, it does little to help people facing danger and death tomorrow. Instead, we sought to take a complementary approach which would directly assist the people in harm’s way. It has taken a long time to get to where we are now – and there is still a long way to go – but our Una Hakika program is now countering misinformation and providing early warning in Kenya’s Tana Delta and is ready to grow elsewhere [6]. At the same time, our humanitarian drone program is set to take flight and provide support to civilian protection initiatives [7].
Such experiences have convinced us that there is opportunity for NGOs to take bolder action in high-risk cases of potential mass atrocities. Although resources are always seriously constrained, we aim to never hesitate to take measures which could save lives even when it may be tempting to fall back on what is obvious or easy. In our work we try to take cues from people in the past who set examples for how a bit of daring and ambition can save lives. People often hold up examples like Raoul Wallenberg (the Swedish diplomat who coordinated the rescue of tens of thousands of Jews during the Holocaust) and implore others to emulate them and be rescuers when atrocities occur. Unfortunately, much modern action in cases of mass atrocities falls short of such examples. However, thinking about Burundi and thinking about people like Wallenberg recently inspired an idea for just the type of action that NGOs could take even within the resource constraints that are so common for us. In short, why not create escape and evasion networks to help targeted people reach safety from mass atrocities?
The fact is that in the majority of cases throughout history, when mass atrocities have happened there have been people there ready to help the victims to safety, with the most famous examples coming from the Holocaust and the Rwandan genocide. There is one further common thread here – most of the rescuers initially did their good work spontaneously. Neighbours helped neighbours, friends helped friends, sometimes strangers helped strangers. In many cases, people simply fell into the situation and did what was right when the time came. Sometimes these rescue efforts would become organized but only much later. Of course, organization tends to make such efforts more effective, meaning that more lives are saved and the earlier, the better. Our proposal is that in cases where mass atrocities seem likely, such as in Burundi today, NGOs and other civil society organizations should work ahead of time to establish such rescue networks so that they are ready to go if the worst-case scenario happens. Much of the work involved would be human – finding partners, establishing trust, planning, organizing – but there is also a role for technology to play as the tools at our disposal could be used for warning and communication as well as to identify threats and maintain situational awareness of viable escape routes. This is a simple concept that would, of course, be much more difficult and risky in the execution. Nonetheless, we in the atrocity prevention community should look to the people we regard as heroes, follow their examples, and think more boldly about how to save lives.