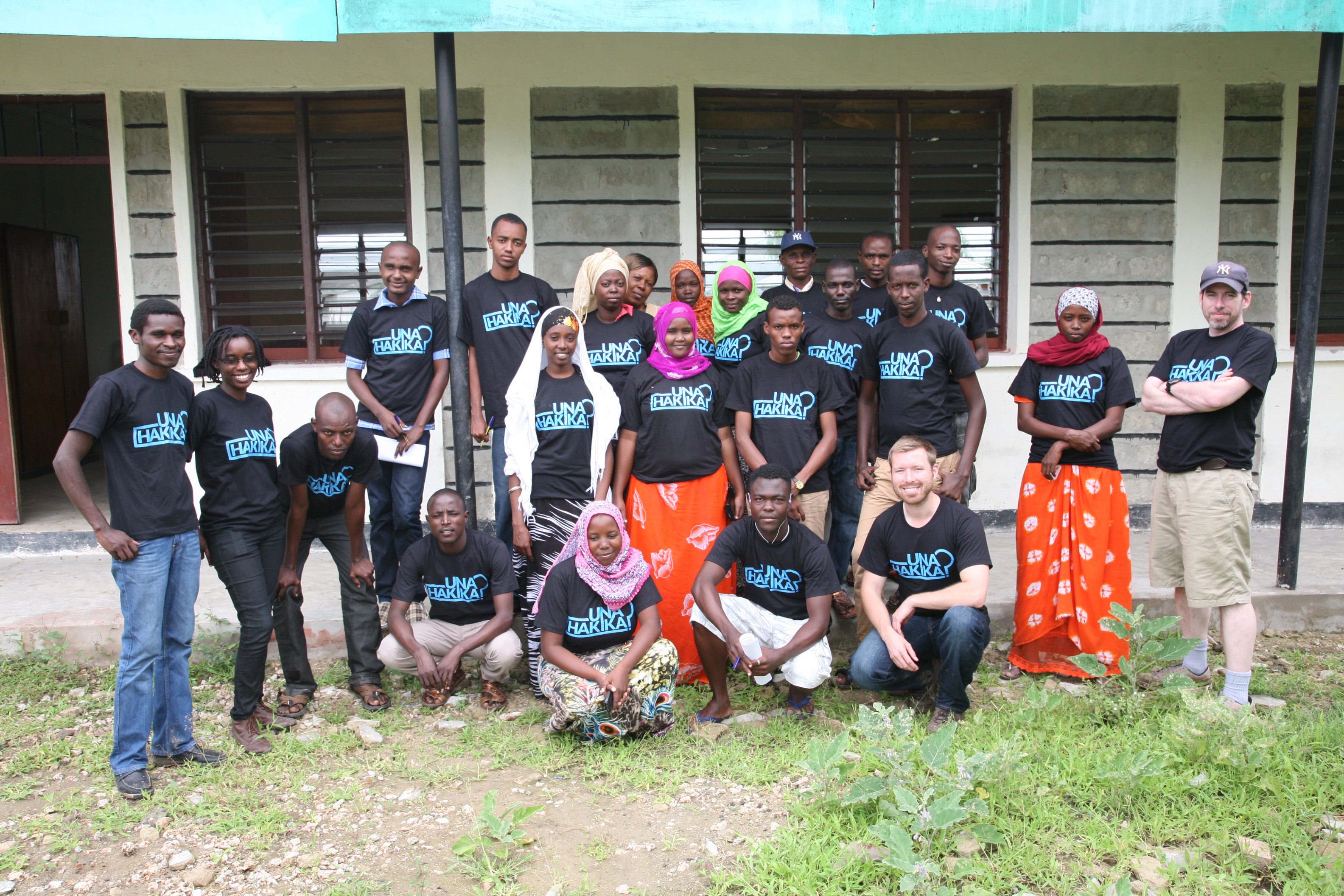 The Gift of Certainty

Between August 2012 and January 2013, the Tana Delta area of eastern Kenya experienced a series of massacres between the Orma and Pokomo ethnic groups. The killings took the lives of an estimated 166 people and displaced tens of thousands from their homes. The violence impacted both the local economy as well as other ethnic groups living in the area and left a lasting rift between the Orma and Pokomo.
I travelled to the Tana Delta in early 2014 to support the early stages of the Una Hakika project. On this initial trip I assisted in conducting a baseline survey which was used to determine how residents of Tana Delta access information and what technology they use to do so. Our team was thrilled with the community’s interest in the budding project, particularly since many of our survey respondents were hoping to participate by volunteering as community ambassadors. I had the opportunity to return to the Tana Delta later that year to assist in recruiting and training almost 200 of those new volunteers.
One incident from that second trip in 2014 stands out in my mind. Our team was visiting the Orma village of Kipao, one of the most heavily affected villages during the violence, where we met with potential Una Hakika community ambassadors, briefing them on what would be expected of them if they were to join the initiative. As we reached the end of our session a frantic woman rushed into the room and announced something in the Orma language. The room burst into commotion, with half of those in attendance getting up and dashing out. Our liaison explained to us that a rumour had emerged at that very moment that the Pokomo who reside on the opposite side of the Tana River were about to attack Kipao. Later that day we learned that the panic all started when a man was spotted running towards the village, mistakenly thought to be running from an oncoming Pokomo mob, when in fact he was running to find shelter from the rain.
This display of sheer panic was a testament to the power of misinformation in the Tana Delta. Both sides in the conflict, the Orma and the Pokomo, lived in a state of constant distrust and in terrible fear of one another. This social separation was often intensified by physical separation when the communities were physically separated by the Tana River, upon which they both rely for their survival. Sadly, all too often in the past such rumours had devastating effects on the communities.
Una Hakika aims to mitigate the harmful effects of such misinformation and community ambassadors are a crucial lifeline in this process. They are the link between their communities and accurate information in a context where truth provides the certainty that can save lives.
With the next Kenyan general election approaching in August 2017 and in light of political tension across the nation, there is the potential for incendiary misinformation to rear its ugly head once again. Keeping this in mind, Una Hakika has expanded its scope to cover all of the Tana River County, Lamu County, and Nairobi’s major slums. The slogan for Una Hakika is “peace begins with the truth.” This notion is of even greater importance during elections, which in Kenya are times of heightened political and ethnic tensions. Providing valuable and verified information quickly while also encouraging people to stop and question the accuracy of rumours can help to counter situations in which alarming but inaccurate information prompts people to react harshly, possibly with violence.
The Sentinel Project urges you to donate to Una Hakika’s community ambassador development initiatives. Effective training for community ambassadors has the potential to not only save lives, but also to establish lasting peace with improved relations amongst once feuding tribes.
Your support goes a long way in preventing violence, please visit our donations page.